The mural located in the City Council Chambers in Liberty City Hall offers a timeline of significant events in Liberty's history, including the arrival of settlers at Liberty Landing in the 1820s and the first daytime robbery committed during peace time by the infamous Jesse James Gang in 1866. The mural was dedicated in 1983. 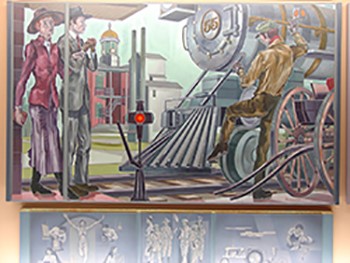 A series of ceramic murals that highlight scenes from the County's history adorns Clay County buildings along South Water Street.

Located on the third floor of the Clay County Administration Building, a 28-foot x 8-foot mural depicts Clay County history. The left side of the mural shows Mah-hos-kah "Chief White Cloud," an Ioway Indian, and fur trader Pierre Chouteau. The middle section depicts Henry Routt leading the 1861 rain on the Liberty Arsenal. The right side of the mural shows the James Farm in 1875.

Jesse James: The Man, The Outlaw, The Legend

Donated May 5, 2005 by the Clay County Fine Arts Council, this mural depicts Jesse and Zerelda James in front of several significant locations:

Jesse James, the man, the myth and the lore of one of the best known outlaws in the wild west and Missouri. 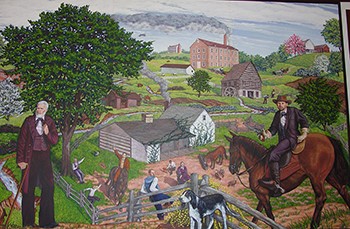 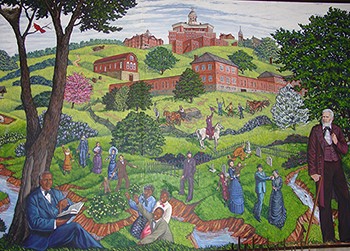 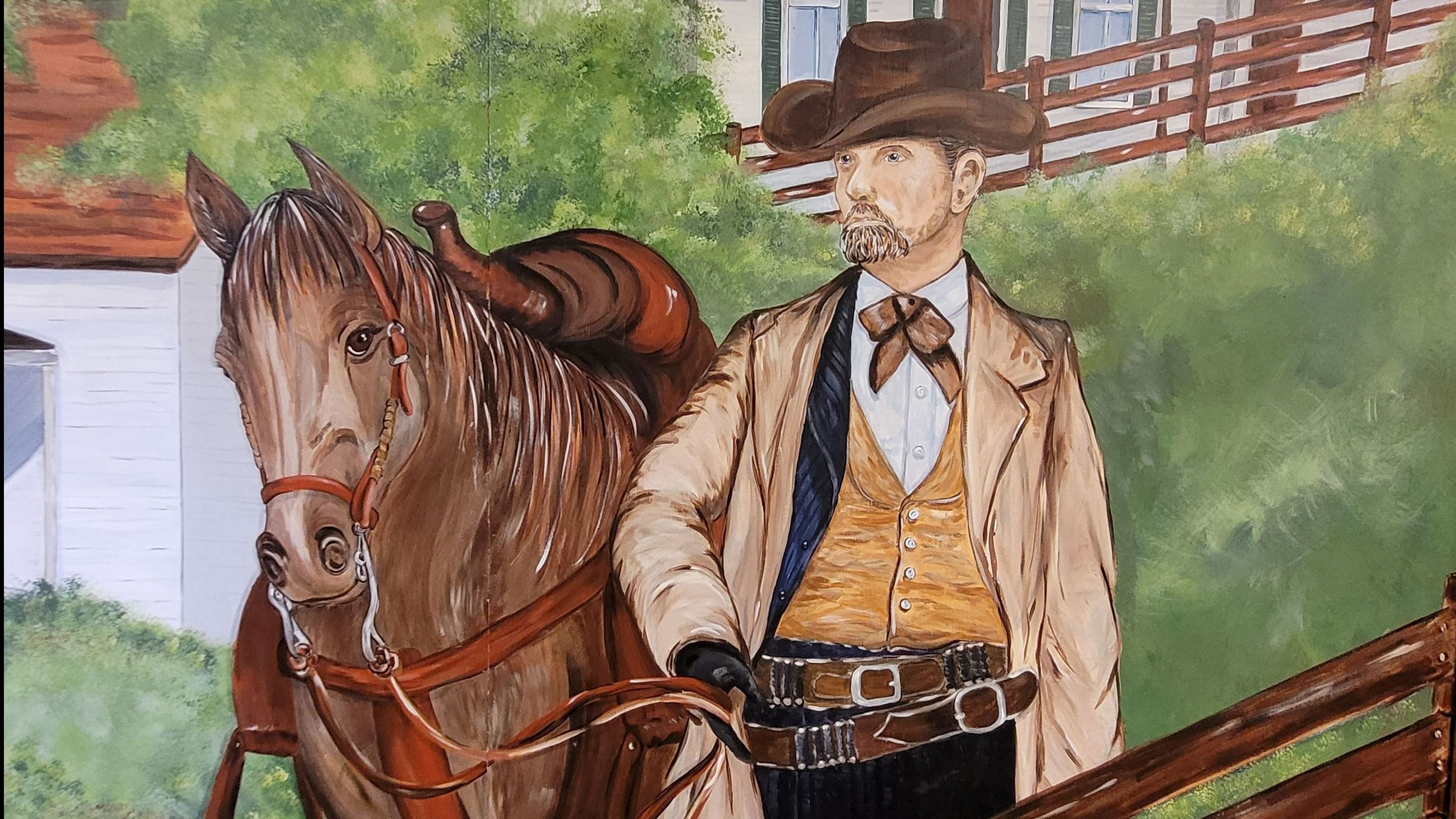 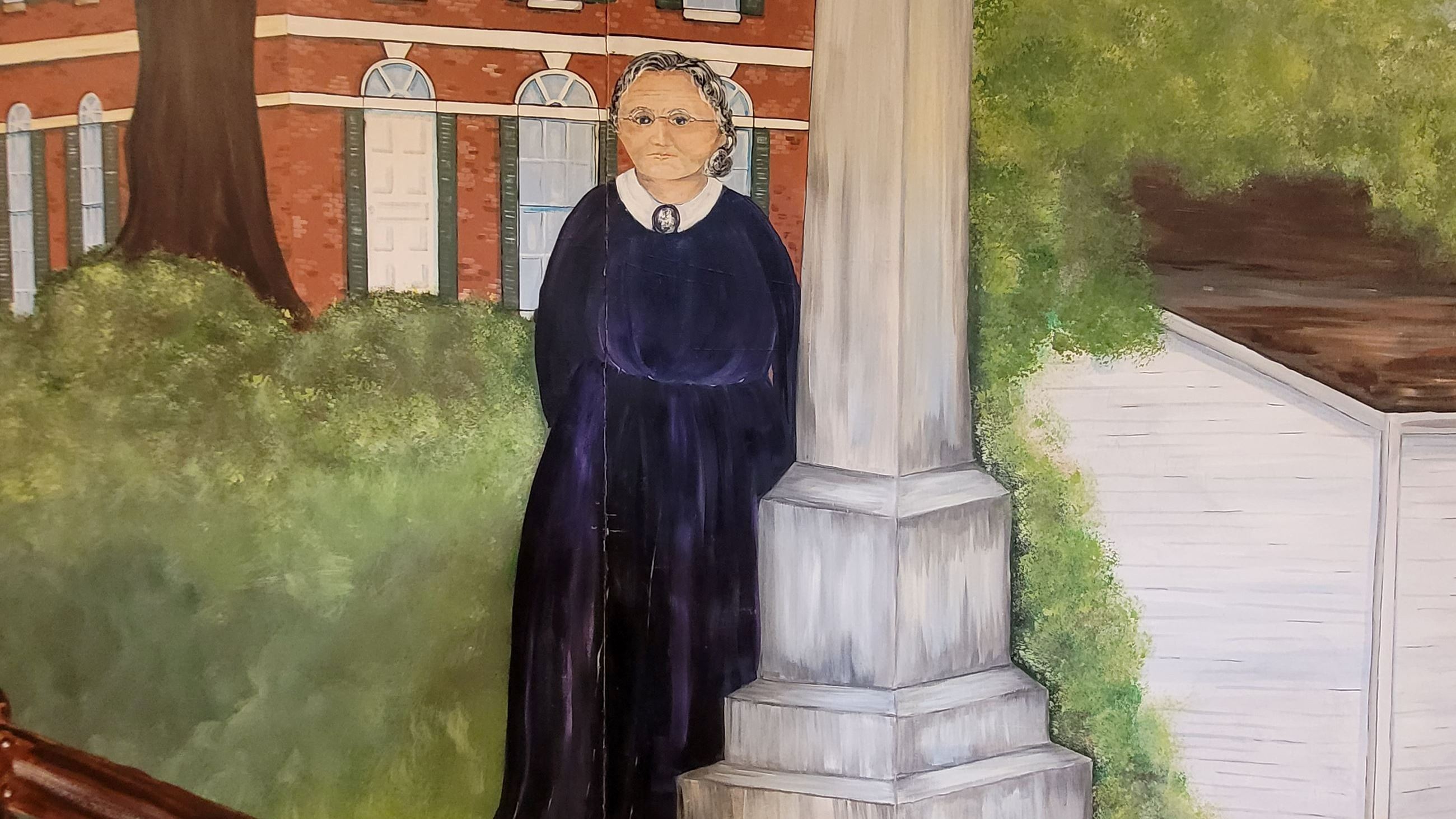 Commemorating the 200th anniversary of the Lewis & Clark expedition, the mural  on the Clay County public safety building at the corner of Mill and Water streets
depicts the Corps of Discovery's landing just south of Liberty on the Missouri River. 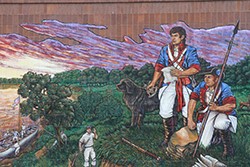