With funding from a voter approved Transient Guest Tax, the City of Liberty and the Liberty Arts Commission developed an annual Rotating Sculpture Program starting in 2017. Each year, the outdoor sculpture exhibition features original, three-dimensional works of art. A list of all the sculptures currently on display, an exhibit map and more is available here » 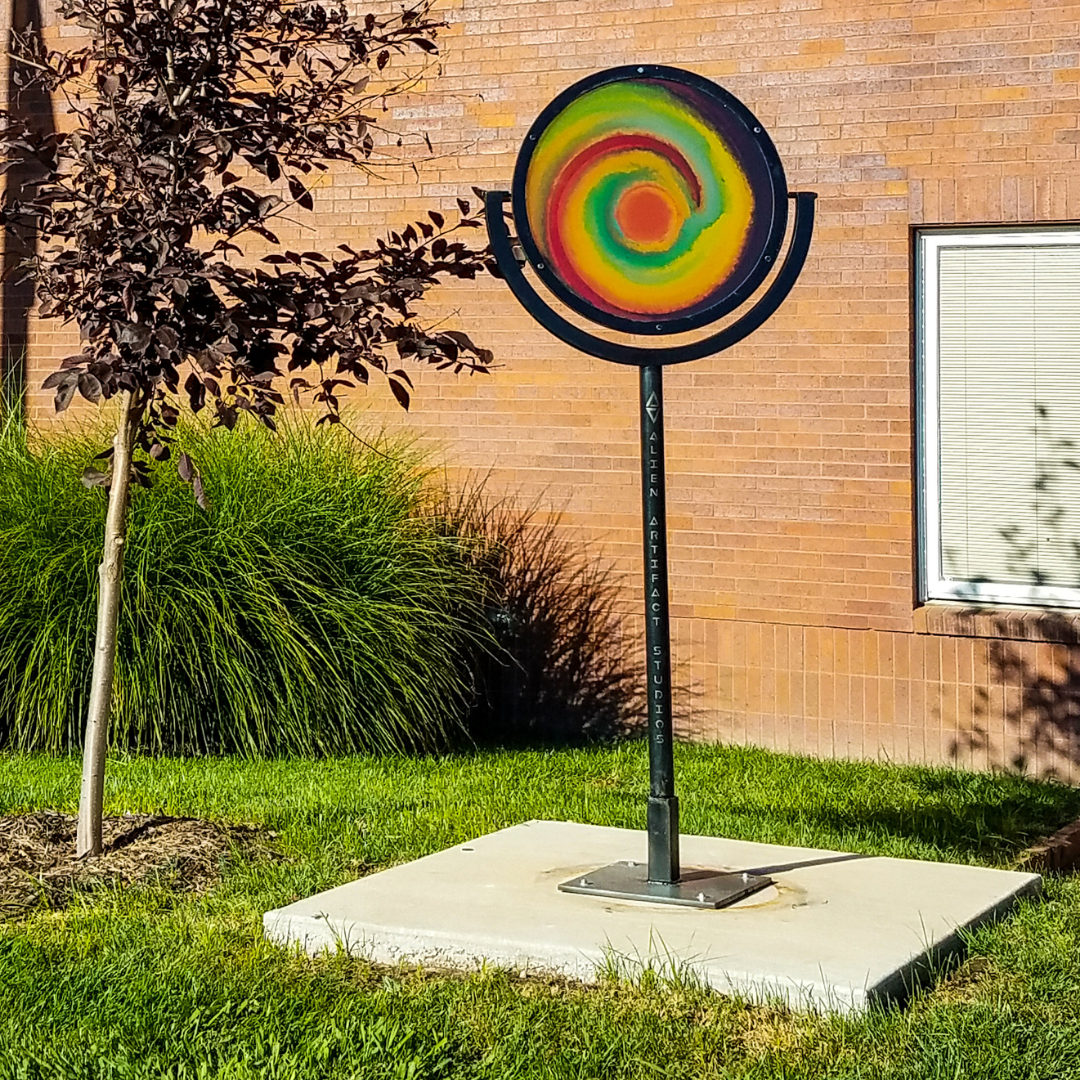 Dedicated on April 26, 2018, the bronze sculpture of Lawrence "China" Slaughter and two children sits across from Franklin Elementary School, where he served as a beloved crossing guard for many years. Slaughter served Liberty Public Schools for 47 years, as a custodian of Garrison School, crossing guard and finally as supervisor of custodians for the entire school district.

Slaughter grew up in Liberty and returned after graduating from college in Indiana. He held a teaching degree and certificate in Missouri and taught for the state of Missouri.

The Liberty Arts Foundation raised $62,000 to commission this statue of Slaughter. 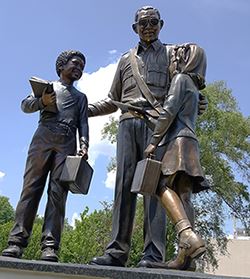 If you'd like to see these incredible statues in person, all are located within walking distance of each other!

The first Great Americans Project statue was unveiled in June 2013. The life-size bronze sculpture of George Washington stands proudly atop a pedestal, pointing the way to William Jewell College.

The second Great American statue, a life-size bronze sculpture of literary icon and Missouri Native, Samuel Clemens, aka Mark Twain, was unveiled in 2016.

The statue of suffragette Susan B. Anthony was unveiled on July 3, 2019 on the 100th anniversary of the State of Missouri's ratification of the 19th amendment. The Missouri Governor signed a resolution ratifying the 19th Amendment to the U.S. Constitution on July 3, 1919. By August 1920, 36 states had ratified the amendment giving women the right to vote. 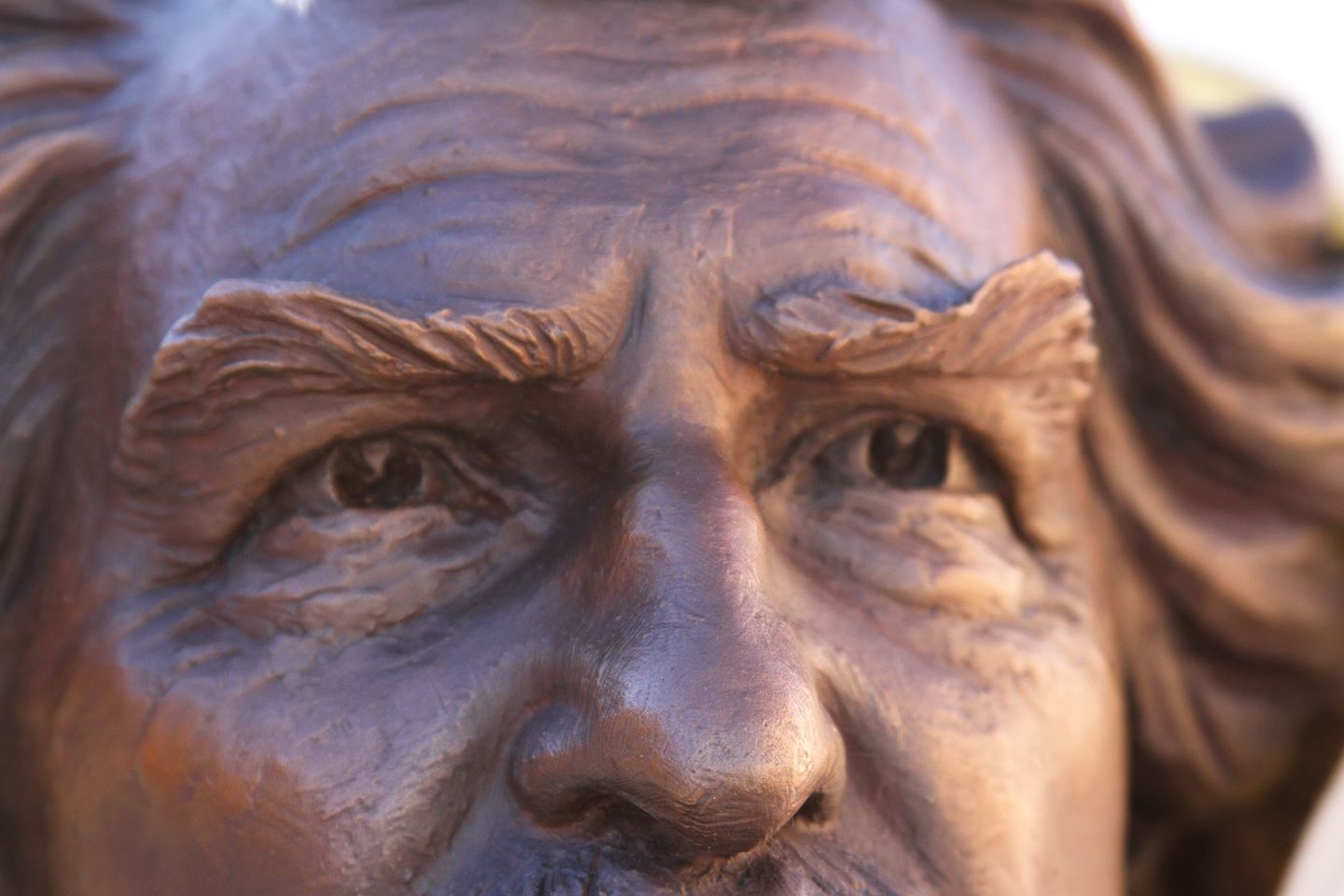 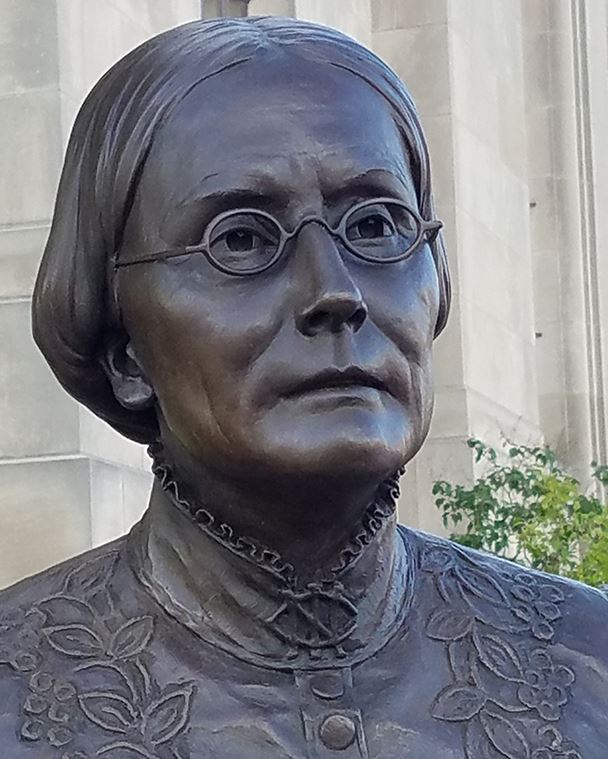 The Liberty Arts Commission installed three kinetic sculptures in 2013. The sculptures were created by internationally known artist Lyman Whitaker, whose work is also found in California, Florida and abroad. The organic forms of each unique piece are sculpted in metal that is designed to patina over time and move gently in the wind.

Funding for the project was raised through donations from individuals, local businesses, and the developers of the Liberty Triangle shopping center with the assistance of the Liberty Arts Foundation.

Location: In the centers of the two roundabouts on College Street between Conistor Street and Blue Jay Drive. 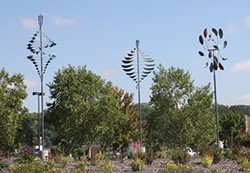 Created by Liberty resident Robert Evans, the 800-pound steel sculpture was unveiled in 2013. With links to Africa and carried to the Americas through the slave trade, bottle trees are believed to trap evil spirits after dusk and vaporize them in the heat of the morning sun.

A 100-foot, yellow No. 2 pencil can also be found in Liberty's skyscape. First and foremost a telecommunications tower, the giant pencil brightens Liberty's skyline. 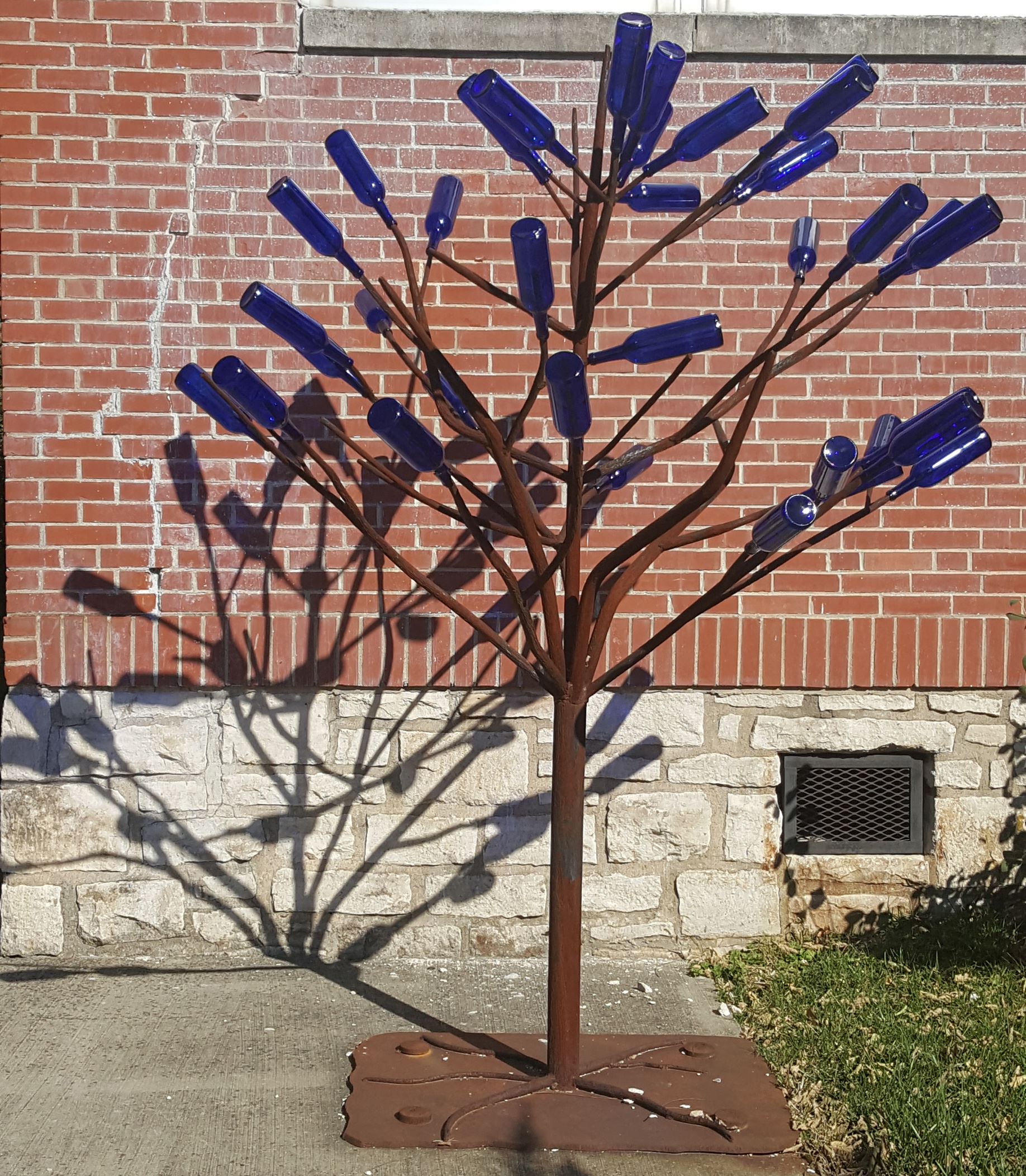