Due to the COVID-19 pandemic, the Animal Shelter had limited public access in 2020. It is now open to the public by appointment only.

We’re getting closer and closer! Check out some of the latest pics from the new Animal Shelter!

During this week, crews completed all the flooring throughout the building. Animal cages were installed along with doors and hardware. Coming up next week and beyond:

It's so exciting seeing the progress on the new Animal Shelter!

Progress on the inside and out over the past week, including on siding, garage doors and exterior painting. The interior block walls were finish painted and windows at the kennels were installed installed.

What a difference a few weeks makes!

Check out the amazing progress crews have made on the new animal shelter over the last several weeks!

The remaining concrete work was completed this week. Contractors began work on exterior masonry (outdoor dog kennels) and installation of doors and windows.

All site concrete has been completed with the exception of the anti dig strips at dog run fencing.The contractor's framer started this week with layout and building all headers and gables. Next week, the framing crew will be onsite and should have all walls in time for the trusses midweek. The contractor will start the parking lot final grade next week in prep for asphalt.

Kennel walls started to go vertical this week! All sidewalks and flat curb were installed. Next week, we will start to see the wood framing.

Great progress in the last month brought us to this week with the slab going along with all the masonry door frames. Crews followed this up by starting to put up the masonry walls. We will see continued progress on this front over the next several weeks.

Footings have been poured, offering a clearer view of the building outline!

Our own Utilities Construction crews has been helping out by installing water lines for the project.

The contractor and subcontractors are moving right along! Most of the site grading is completed and a rock base for most of the parking lots and drive lanes have been installed.

Now that the site has dried out a bit, the contractors have been able to make progress on grading at the site for the new Liberty Animal Shelter! This week the crews worked on cutting and grading the site to create a level surface for the new building.

In one of the images below, you can see the Liberty Utilities Operation Center and Wastewater Treatment Facility (left) and the Fire Department's Training Tower (right).

Shawnna Funderburk, assistant to the city administrator, provided the City Council with an update on the new Animal Shelter at the May 13 City Council meeting.

The Liberty City Council, Animal Shelter Task, staff, members of the design-build team, residents and some four-legged friends gathered for a groundbreaking ceremony for the new Animal Shelter, which will be located adjacent to the Liberty Utilities Operations Center off of Riverview Road.

The Animal Shelter Task and the design-build team are finalizing some of the details. Stay tuned for more updates and progress pics.

Thanks to the Liberty voters who made this day a reality!

Members of the Animal Shelter Task force met with Centric Projects' staff to begin finalizing plans for the animal shelter. 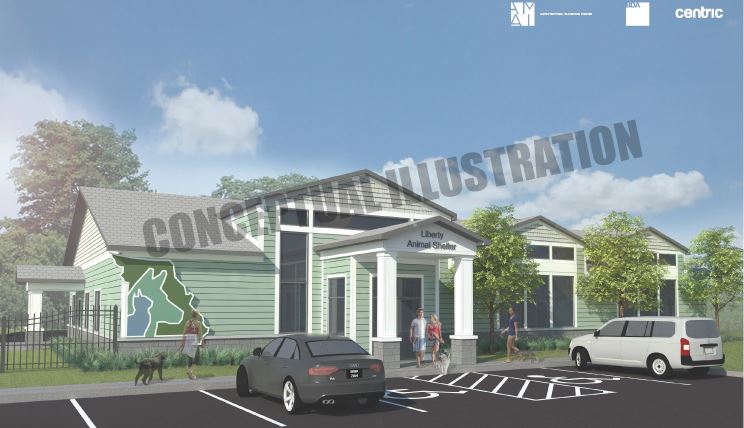 The 7,297 square foot facility will include:

Beyond the indoor facilities and amenities, the project will also include:

The City of Liberty is currently in contract negotiations with the top project proposer.

The Liberty Animal Shelter task force have asked three of the design-build teams that responded to its Request for Qualifications to submit proposals for the new animal shelter. The project is on track to be awarded to a design-build team by the end of October. 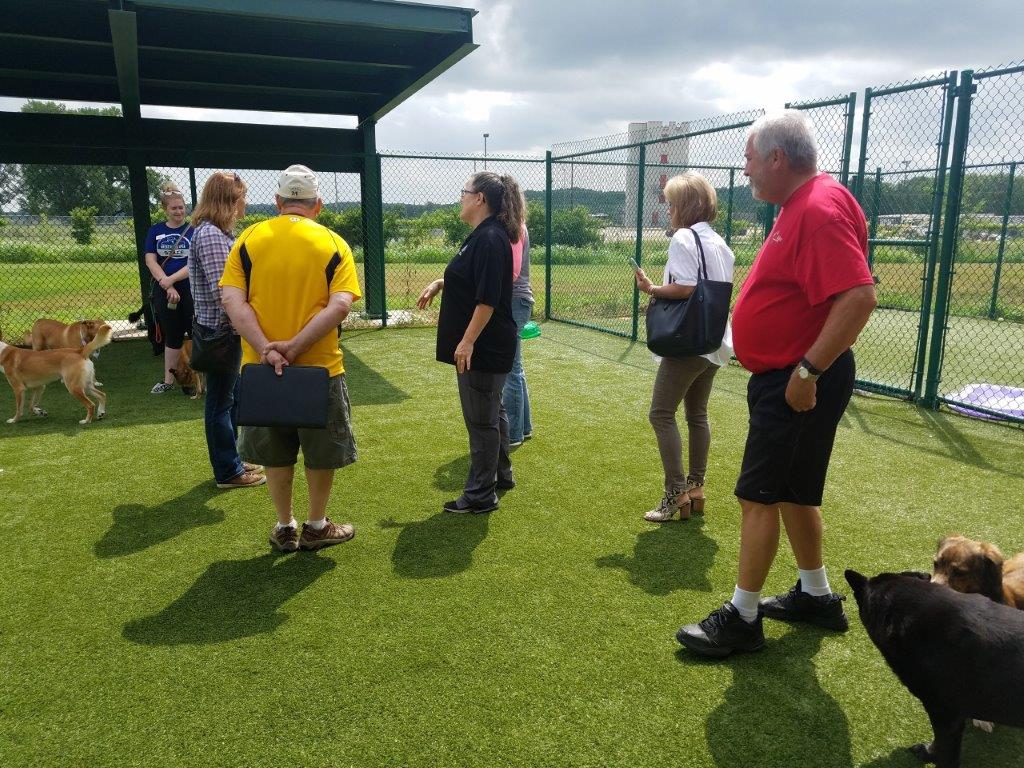 In their ongoing quest for ideas for a new Animal Shelter, task force members and staff toured the Shor-Line Manufacturing headquarters in Kansas City, Kan. Shor-Line is an international company that has manufactured high-quality animal housing for the last 60 years. 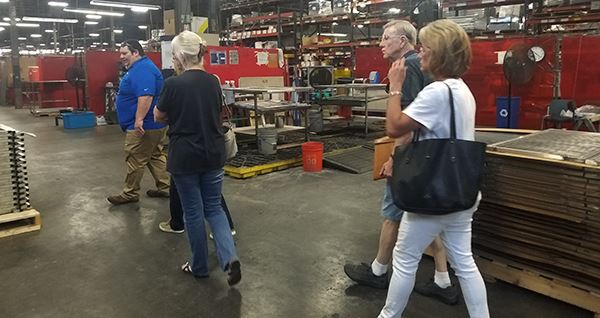 An Animal Shelter Task Force, comprised of individuals who are Liberty residents, business owners, veterinarians and elected officials met with City staff for the first time on May 7. The task force will work with staff and a yet-to-be selected design-build team to begin designing a new animal shelter. As part of their research, the task force will visit several area shelters and rescue organizations as well as recent City construction and remodel projects in the coming weeks. The task force is also looking at fundraising, grant and crowdfunding opportunities to provide additional funding beyond the $2.5 million from projected Use Tax revenues.

If revenue from this tax comes in as projected it will provide support for general City operations as well as for some capital improvements, including $2.5 million for replacement of an outdated and inadequate animal shelter.